The concept of labour underutilization as discussed in the first section is the product of the resolution of  ICLS-19 hosted by ILO aimed mainly to be used as global guidelines in the area of labour statistics.  However, as a product of an ILO resolution, the concept is not binding for the participating countries of ILO. They might not be able to promptly follow the guidelines for practical reasons and hence need some time to apply in their actual survey. Part of the reasons for the participating countries are: (1) the need to “harmonize” the concept with actual situation of labour market they face, (2) the need to maintain “consistency” (as opposed to “validity”) of labour statistics between years to avoid confusion among data users, (3) the need test carefully the practicality of the concept in actual survey, and (4) the need to follow their own priorities in statistical activities.

At first glance, it appears to be that all the proposed components of “labour underutilization” as outlined in Section 1 are readily produced by a standard labour force survey. However, that is not fully the case, at least in the case of Indonesia. Here is a brief description on that issue.

Until 2015[1], the questionnaire of Sakernas, or Indonesia Labour Force Survey (ILFS) has no question on “the availability of work”. (What is available is a question on “the readiness to accept an offer for more job” that is intended to capture “time-related underemployment” as discussed in Section 1.)

The above definition results in the figure of unemployment as mentioned in Section 1. The definition clearly shows that “availability for work” is ignored in defining “unemployment”.

The above definition “correctly” includes “future start” (not seeking because of having a job already) but “wrongly” includes “discouraged” (not seeking because of feeling there is no opportunity) in the unemployment. According to ICLS-19, “discourage” job seeker belongs to “outside labour fore” category, not “unemployment” (hence not in “labour force” category). In other word the official statistics of unemployment of Indonesia has in fact already included “discouraged” component of “outside labour force” (per ICLS-19 standard). As will be shown soon in Section 3, this component is relatively big, roughly 31% of the unemployment in 2012.

[1] Since 2016 BPS has initiated to improve the Sakernas questionnaire in order to address most of the issues raised by ICLS-19. Processes to refine the questionnaire toward this direction are still in place, until now. 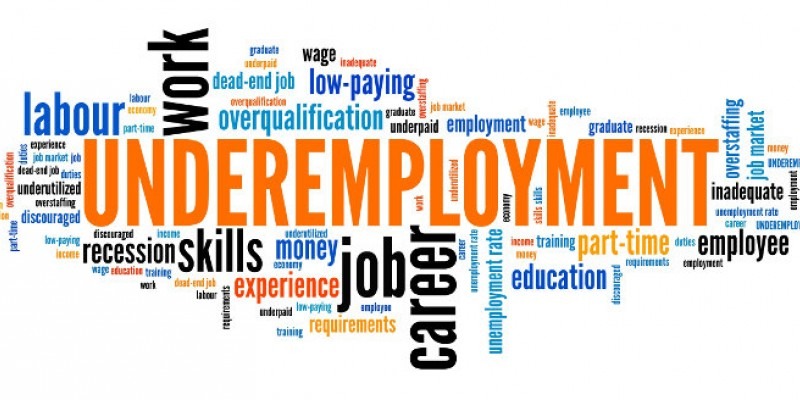 Statistics and religion. This is perhaps an unusual combination for many. The first is dealing with the empirical world, the second with that beyond that world. However, that is my reflection regarding myself. As a statistician, I spent 30 years (1981-2011) serving BPS-Statistics Indonesia. After that my professional services were dedicated to TNP2K office (an office under the vice president office) for a few months and to ILO-ROAP as a senior statistician for half a year. Since 2012 most of my time is dedicated as an independent consultant on statistics-related work, mostly for ILO and on some occasions for some government offices Indonesia. My recent work (2019) was on estimating child labour in Indonesia for ILO Country Office Jakarta. As for personal interest, since young, I've been fascinated with the basic principles of religious thought, especially on its esoteric dimensions, essentiality, and universality. Sufism and perennial philosophy are of my special interest. On this subject, I have posted a number of short articles in my personal blog: https://uzairsuhaimi.blog. View all posts by Uzair Suhaimi

One thought on “Labour Underutilization: Concept and Measurement (2/3)”

This site uses Akismet to reduce spam. Learn how your comment data is processed.